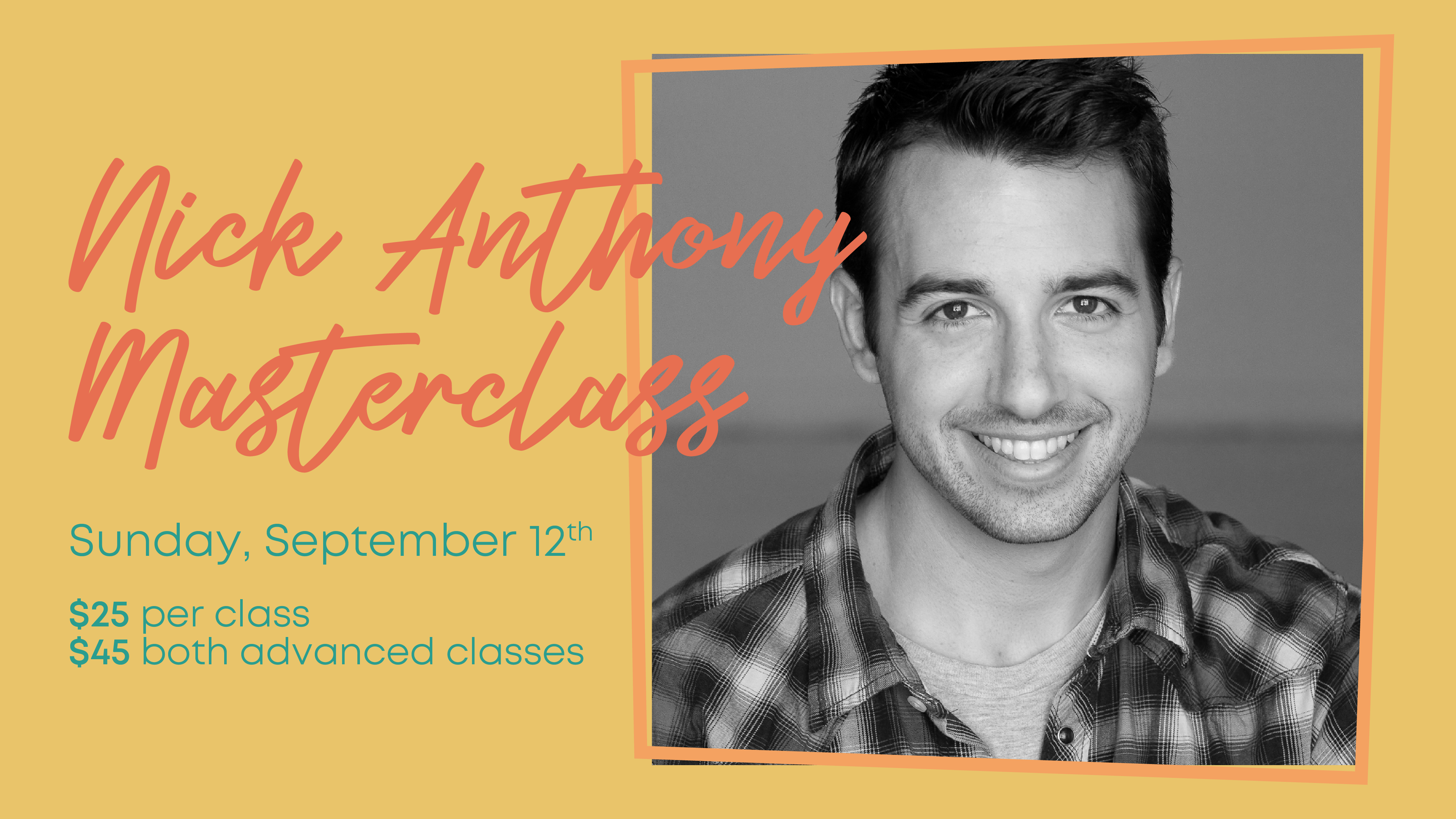 Nick Anthony is a dancer, choreographer, manager, producer, director, entrepreneur, & educator from Los Angeles, CA. Growing up at his family’s dance studio in western MA, the Hackworth School of Performing Arts, which just celebrated its 85th anniversary, Nick was introduced to dance & the performing arts at an early age. It wasn’t until his college years at Quinnipiac University, however, that he realized his desire to move to LA & pursue a career in the arts & entertainment industry. Shortly following his graduation in 2010, Nick took what he learned from his Entrepreneurship & Small Business Management degree, as well as his years of dance training & experiences, & dove into the LA dance scene in 2011. Since then, Nick has been represented by Bloc Talent Agency & Clear Talent Group as a dancer & choreographer & The Movement Talent Agency as a dance educator. His work spans from film, tv, & music videos to commercials, web series, & live shows. Some of his more notable credits as a performer & choreographer thus far include Dr. Ken, Arrested Development, Dance Moms, All the Right Moves, Real Life: The Musical, Lindsey Stirling, Neon Trees, Kidz Bop, Disney, Coca Cola, Ryan Seacrest Productions, GAP, & the NBA D-League. As a dance educator, Nick has worked with hundreds of studios, schools, colleges, workshops, conventions, competitions, events, & students of all ages & levels across the US, as well as in parts of Canada, Central America, & most recently, Thailand. He’s a regular faculty member for Generation IV, DEA, DMA, ADA,
Headliners, DanceXplosion, Move: The Initiative, & Dance Fierce & has taught & judged for the likes of Hollywood Dance Jamz, LA Dance Magic, & Regional Dance America in the past as well, to name a few. Through his company NAKOA Network, over the years Nick has served as a manager, producer, & director for many individual artists & their projects, as well as for companies such as Shaping Sound, Generation IV, The Dance Counsel, IV REAL MVMNT, UN. Conventional, & Curtain Call Costumes for their fashion line NX3. Currently, amidst his teaching & choreography schedule, Nick is focused on building his new consulting company, NAKOA MGMNT, where he is working closely with several professional artists as a life, career, & financial coach & advisor. While Nick frequently finds himself on the road in his career, Valley Village, CA is where he calls home & where he spends most of his free time with his wife, Taylor & their dog, Arrow.

The event is finished.